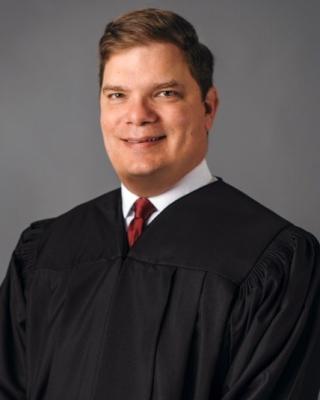 Michael Linn served the Treasure Coast as an Assistant State Attorney from 2005-2018. He attended law school at the University of Florida. He was a member of the Mock Trial Team and served as its President in 2003-2004. While in law school, he served as an intern for Circuit Judge Michael Jones. He also worked as a Certified Legal Intern for the State Attorney’s Office in the First Judicial Circuit.

At the State Attorney’s Office, he served as the County Court Supervisor in Martin County for five years. His duties included training new attorneys, arguing County Court appeals to the Circuit Court, reviewing Domestic Violence Injunction violation cases and assisting in the prosecution of DUI Manslaughter cases. He also served as a felony trial attorney and assisted in the prosecution of several first degree homicide cases.

He was a frequent lecturer at conferences for the Florida Prosecuting Attorney’s Association in topics ranging from domestic violence to prosecutorial ethics. Also, He was an instructor at the DUI trial advocacy school for new prosecutors.

Currently, he is an Adjunct Professor at Indian River State College in the Criminal Justice program. He teaches freshman to junior level courses regarding the legal system.

Disposition of Personal Property without Administration